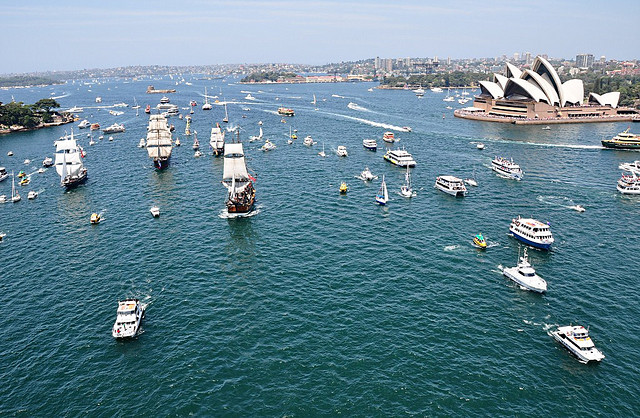 Australia was settled by the British in the 1800’s but before that the land was inhabited by indigenous people for 40,000 years. Today the country has six states and two territories on the mainland. Australia is the sixth largest country in land measurements, but is the smallest continent making it a stand alone country. Australia is technically a very large island, that is surrounded by more than 8,000 other small islands. The country has a highway that goes all the way around the edges making it the longest highway in the world. The population density is one of the lowest in the world, but most of the people are concentrated in the city and devloped areas.

The wildlife in Australia is one of the first things that comes to mind when most people think of the country, and for good reason. Over 75 percent of the species in Australia are still unknown to scientists. There are actually more kangaroos in the country than there are people. There are also a lot of bunnies…in 1859 24 bunnies were introduced that multiplied in only ten years became two million strong. There is a cattle station in Australia that is actually larger than Israel.

You might think that there are a lot of koalas in Australia and you would be right, but there are actually ten times more camels than koalas. There are so many camels, that Australia actually exports them to Saudi Arabia. One town called Docker River was invaded once by 6,000 thirty camels at once. The koala population has actually been decreasing. When the British first settled there was over ten million koalas, but now there are less than 43,000. What’s killing the cute little guys off? The popular STI bacteria chlamydia. Australia is home to over 755 species of reptiles, which is more than any other country.

The top ten of the most deadly snakes in the world are actually all found in Australia. And while there are tons of poisonous spiders as well, no one has actually died from a spider bite since 1981. However, there are also plants that can do you plenty of harm. One of which is poisonous to kill horses and will make a person vomit just by touching its leaves. Harsh.

Being so large, the landscape in Australia pretty much covers everything. There are rainforests in certain areas and desserts in others. The Great Barrier Reef is also nearby off the north east coast. There are also a lot of different elevations in Australia. One mountain in the country actually has a naturally burning a coal fire in its core below the surface of the land, and it’s been burning for about 6,000 years on its own.

There are over 10,000 beaches in Australia. To put that number into perspective, you could hit a different one every single day and not run out of new options for 27 years. Sounds relaxing. There are plenty of lakes as well in Australia, including one that is actually bright pink and scientists aren’t exactly sure why.

2 thoughts on “Interesting Facts About Australia”