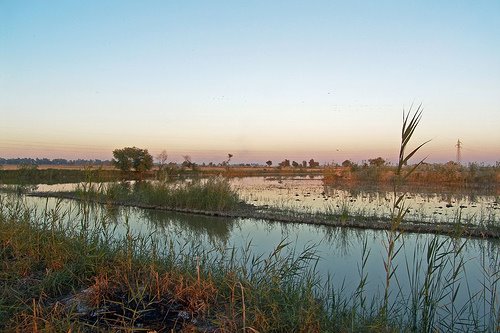 Pakistan is homeland to fruitful and productive areas due to its natural geographic distribution. There are many tremendous natural as well as artificial water reservoirs in the country. In the province of Sindh, the Indus plains are extremely ideal for the aquatic life. There are many interesting places in the flood plains of the River Indus that are fantastic for the migratory birds. Drigh Lake which is approximately four miles long and about 350 feet wide, with an area of 450 acres is located almost 20 miles in the north west of Larkana. Drigh Lake of Sindh is a magnificent wildlife sanctuary for the migratory birds in the winters. Before 1960’s, Drigh Lake was a shooting area but later it was declared as a wildlife sanctuary in 1972 and it was also designated as a Ramsar site in 1976. A small rest house exists there for tourists. Presently, Drigh Lake is owned and managed by the Landlord Chatani shaikh family.

Annually the rare species of waterfowls including Herons, Harriers, Kingfishers, Ducks, Pheasants, Eagles, Coots and Galinule etc that migrate from the colder parts of Russia, particularly Siberia,stay in the Dregh Lake of Sindh for breeding. Many other kinds of shorebirds, cormorants, pelicans, flamingos and gulls are also found in the Drigh Lake.  At present, like many other wild life sanctuaries of Pakistan, Dregh Lake is also seriously threatened by the Environmental degradation. The presence of the migratory birds is dangerously decreased. A government owned Oil & Gas Company has laid a gas pipeline which has awfully disturbed the ecology of the Dregh Lake. Today, the whole bio diversity is at a great risk.  The vegetation is also badly affected. The elephant grass that was once existed over here in abundance is almost vanished. Likewise many other native and rare aquatic plants have also been dried out. This is our appeal to the concerned authorities; kindly take solid steps for the conservation of Dregh Lake in order to defend this unique and phenomenal heritage from its complete decadence.