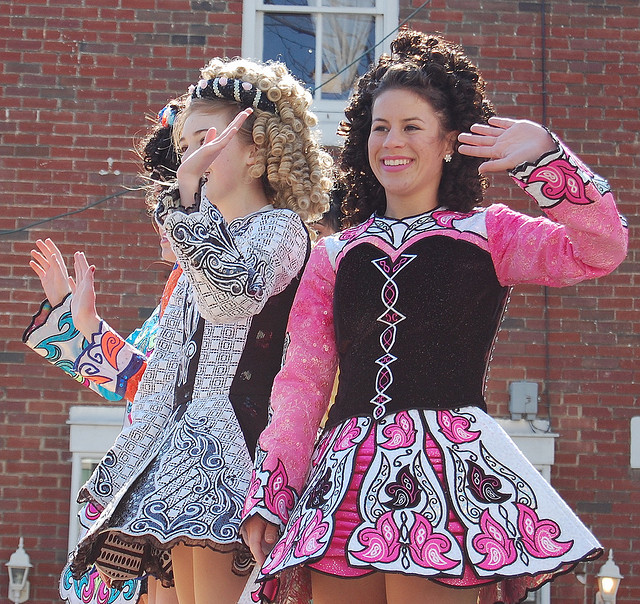 IRELAND is a small European country located in the north of Atlantic Ocean adjacent to the Great Britain in the west. This country is although less populated but has an ancient and significant history. It is basically an island which is officially known today to the world as “Republic of Ireland”. Northern Ireland is a part of the United Kingdom. Ireland is a lush green country comprising of thick woodlands and it also includes numerous navigable inlands water bodies. This tiny but beautiful part of the lovely planet was probably inhabited by humans after 8000 BC and historically, the country sparkles with its magnificent Gaelic features.

Irish heritage is well-known for having its tremendous influences over many other European and British cultures. These days, Ireland has politically the parliamentary democracy and is a member of the European Union. The clothing fashions of Ireland varied with the passage of time that started with simplicity and gradually enriched with modern effects. Traditional dress of Ireland as mentioned above was quite uncomplicated but well made and elementary in nature.

We although have no perfect knowledge about the ancient design of the Irish clothing but it is a strong belief that the Irish people, both men and women wore simple knee-length outfits made with wool. The countryside peasants used to wear liene which was the garment of the highlands of Scotland and Ireland. Liene was actually a long tunic shirt and its design was attested by the stone carvings found on the Cross of Muiredach. Men wore just the leine, while women often used these shirts as undergarments covered by open-sleeved dresses. Men also wore lene with a woolen jacket, breeches and a type of shaggy cloak called a mantle. The mantle was fastened at the front with a bodkin or brooch.

Kilt has definite origin from Scotland but it was also worn by the Irish people as formal attire as a symbol of Gaelic identity. Lein-croich was a long tunic traditional dress made with solid colour cloth and had a slight variation with the Scottish kilt. Generally Irish Kilt was preferred with saffron and green colors and sometimes with blackish background. The Irish Regiments who served the British Army also adopted this form of clothing as their official dress code.

The early apparel for the Irish women was also quite simple and usually made with wool fabric. These dresses were also designed almost like the men’s ones with a smaller distinctions. They were also wearing Leines with normally very wide sleeves. These skirts were comparatively longer to the men’s leine. By the fifteenth century, women were wearing long dresses made from wool cloth, often decorated with ribbons and other accessories.

Ideally considered traditional dresses for Irish women were in fashion during the 19th century which are today parts of the cultural segments of the Irish society. Women dancers of Ireland showcase the simple but colorful outfits embellished with intricate embroidered patterns, and each school of dancing has its own unique designs. Lace collars became quite fashionable at this time, as did the green colour associated with Ireland today.

Officially, there is no declaration of any national costume by the Irish people but what is generally considered; the dresses worn by the step dancers and folklore presenters during different festivals and on national events.  There is a wide range of the traditional Irish dresses but commonly the ballerinas are seen in celtic knot work-covered dancing frocks and the males wearing the solid coloured kilts.

Galway’s shawl and the fishermen’s sweater are also popular in the traditional Irish wear. The Galway shawl is a wide rectangle woven on jacquards loom and incorporating much symbolic design. These shawls are prepared on large scale today and the tourists take them as the souvenirs. The famous Aran sweaters are made from water-repelling wool and are very breathable. These are traditionally cream-colored and also made as cardigans or pullovers.

The Irish men are also commonly seen using the linen driving caps. These hats are normally enriched with attractive patchworks and are generally found in neutral colors.

Irish people are known for being a patriotic nation who strongly believe in preserving their nationalism. Although they don’t have large population on earth but still; their culture particularly the ethnic dancing, have attracted immensely the people of different nationalities. In this way, the charm of the traditional dress of Ireland has also largely increased all over the world for its alluring colors, patterns and attractiveness.

2 thoughts on “Traditional dress of Ireland: Quite uncomplicated but well made”