The Best Places to Camp in California - The Lovely Planet

The Best Places to Camp in California 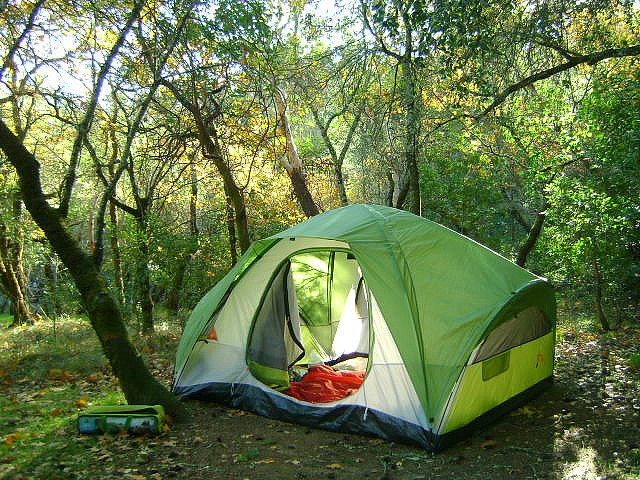 While California is home to some pretty some big and bustling cities, it’s also home to tons of peaceful land that hasn’t been developed. Sometimes that land is even right outside of the those cities! The best way to really enjoy all the outdoors California has to offer is to spend some time camping in it. It’s touch to narrow it down since the state literally has thousands of campgrounds, but here are some of the places to camp in California.

Some of the California redwood trees have been around for over 2,000 years, and they are quite a site. The redwood national and state parks in northern California have 50 miles of land that is considered a Heritage site, and four different campgrounds to choose from in the area.

Big Sur is a coastline paradise, starting in Monterey/Carmel area and going down to San Simeon. Camping options include staying close to the beach or going more inland and staying near a stream instead. There are both State Park run campgrounds and also privately owned ones as well. The area is so beautiful that it gets over 3 million tourists a year. Some of those campsites you can book in advance, while others are on a first come first served basis.

Yosemite in the central eastern part of California is also a UNESCO World Heritage Site that covers 1,189 miles. Yosemite is home to everything from hiking trails, to waterfalls and lakes. There are 13 different campsites within Yosemite that allow for tent camping, horse camping, and RV camping.

The Crystal Cove State Park in southern California has both traditional camping and a historic district of rustic cottages from the 1930’s and 40’s. The wilderness area of the park is El Moro Canyon, where there is bluff camping, family camping, and RV camping.

In Santa Barbara County there are tons of different beach areas where you can camp, including  Carpinteria State Beach, Jalama Beach, Gaviota State Park, and Refugio State Beach. There are traditional campgrounds there as well as “glamping” options when staying in luxury tents or cabins with maid service is the preferred sleeping arrangement.

There are actually two different parts of the Tahoe area, there is the Lake Tahoe Basin, and then there is the Tahoe National Forest. The Tahoe National Forest has over 75 campgrounds in the Northern Sierra Nevada. The Lake Tahoe Basin has over 20 campgrounds in its 150,000 acres. There you can expect everything from hiking trails to water sports and beaches to lounge on.

The Salton Sea state park of course has the saltwater inland sea and it’s a great place for camping. Fun fact: the Salton Sea has more salt than the Pacific Ocean, and the bed of it is only five feet higher than the lowest spot in Death Valley. The Salton Sea Recreation Center gives the opportunity for guests to do things like fish, camp, and swim.

2 thoughts on “The Best Places to Camp in California”